The death of Microsoft?

Analyzing one of American corporate history’s greatest mysteries—the lost decade of Microsoft—two-time George Polk Award winner (and V.F.’s newest contributing editor) Kurt Eichenwald traces the “astonishingly foolish management decisions” at the company that “could serve as a business-school case study on the pitfalls of success.” Relying on dozens of interviews and internal corporate records—including e-mails between executives at the company’s highest ranks—Eichenwald offers an unprecedented view of life inside Microsoft during the reign of its current chief executive, Steve Ballmer, in the August issue. Today, a single Apple product—the iPhone—generates more revenue than all of Microsoft’s wares combined.
Click to expand...

Microsoft had a prototype e-reader ready to go in 1998, but when the technology group presented it to Bill Gates he promptly gave it a thumbs-down, saying it wasn’t right for Microsoft.
Click to expand...

and this about Messenger,

“And because he didn’t know or didn’t believe how young people were using messenger programs, we didn’t do anything.”
Click to expand...

are all too familiar with the way corporate management thought in those days. Witness, Steve Sasson's invention of the digital camera in 1975, patent issued in 1978. 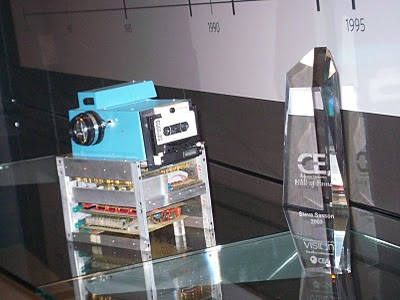 (Picture I took at staff celebration when Steve was inducted to the CES Hall of Fame.)​
However, it wasn't until 1991 that Kodak released the first professional digital camera system and about eight years later for the first consumer version.

There was something about the culture not only at Microsoft but other Fortune 500 companies during the time period that was not forward thinking.

The “stack ranking” sounds like a corporate bell curve.

I think a quote from Mark Twain is appropriate here -

The reports of my death are greatly exaggerated
Click to expand...

Microsoft are far from dead - but maybe they've already reached their peak?

I was reminded of this today. A year later, Microsoft has announced a major reshuffle aimed at getting rid of the competing divisions within MS.

We shall see - again, full disclaimer, I work for MS but post here of my own free will and thought. I'm not sure if it'll be good for those business units or not, although mine is unaffected it seems. Time will tell if it boosts profit or not, although here's hoping .
Last edited: Jul 15, 2013

Did you ever encounter the "Stack Ranking" referred to in the original article? It'll be interesting to see how MS develops over the next few years.

Microsoft has stack-ranked employees for quite a long time, going back even prior to my employment a decade ago, and yes, this is how reviews are done every cycle. It has it's drawbacks, but it also incentivizes everyone to work harder (and smarter) on things that the company is trying to push. People that I've met over the years that have had issues with this almost always fail to understand the last part. It's not always the case, and sometimes people do have legitimate gripes with the system, but.... they are few and far between. To also be full disclosure, I've had bad reviews, good reviews, and everything in between in all my reviews at Microsoft, and once I figured out the last part of the "puzzle" I found it much easier to do "well" in any given year when rankings came up - I leveled quicker, made more in stocks and bonuses if they were available, and generally have found it easier to do my job, and do it in a way that I can still feel good about what I do, not go around kissing any rear-ends, and help the company succeed from even my lowly (relatively speaking) position inside of it.

As to the stack-ranking and requirements of the review process, it must be said that the "visibility" part is true, but it's not visibility as in kissing someone's rear-end (again, "former" employee talking about it is usually a clue) - it's visibility working in projects that are company "big bets" that year or over multiple years. If the company is pushing Azure, or Office 365, or Windows 8, or System Center, or what have you, then find ways to be involved in pushing those products or services and get involved and network on projects that will make those successful. Doing that is the kind of thing that gets one ahead at Microsoft (on top of being a hard worker, yes), not butt-kissing. There are some divisions where that happens in certain areas, to be fair, but those are limited to those fiefdoms, and I've yet to come across one outside of those unnamed areas for obvious reasons.
Last edited: Jul 15, 2013

The PC is on the decline, phones including Android and the iPhone, Android tablets are out selling personal PC's.
P

Wrench97 said:
The PC is on the decline, phones including Android and the iPhone, Android tablets are out selling personal PC's.
Click to expand...

Yep. Cloud and mobile computing are really taking the world by storm. When I discuss the 'cloud' and cloud computing with others, they argue that it's going to be a simple phase like many other things in computers are and were. However, I strongly believe Desktop PC's are going to phase out within the next few years. We'll see!!

I'm only a recent graduate; I've yet to work in any corporate environment so my experience is somewhat limited. I also do think it's easy to be critical of large companies and to regard their organisation as stupid. In this case, Microsoft is run by smart people. If it wasn't effective, I'm sure it wouldn't be used. At the same time, it's hard not to think that there are problems with that kind of system or that there are more effective methods to get people to work harder. One benefit to the stack ranking seems to be that it's pretty universal - other methods could vary more in effectiveness depending on the managers involved etc.

As said - I've yet to run any large corporation so I can't have too much of an opinion on stack ranking. :thumbsup2:
Last edited: Jul 15, 2013

There was a ranking system at Kodak during most of my time of employment. During a down-sizing, it was a fairer method than seniority. (No unions at Kodak.) So, unless the company was going through a down-sizing, the ranking system was used primarily for promotions and salary increases. Although one manager would have done the initial ranking of personnel reporting to him/her, the other managers within that area would meet and review their groups together. There were guidelines on the criteria the staff was to be ranked on. Thus, if someone ranked low in one area but excelled in all other areas, that would be reflected in the overall rank. The process seemed to generally work well to keep favoritism out.

What Corrine has describes is how it works at Microsoft, basically. On how and what you are judged depends on your role and your organization within the company, of course, but basically, that's how it works. The fact that the process is pretty well documented helps too, honestly. Also, I've had 8 managers in my time at Microsoft, so removing some of the personal biases and making the system more regimented and easier to "grade" helps us as well - my experience is not atypical of the average MS employee in the technical areas of the company.

As I tell anyone I mentor who is joining the company, these are the rules of the game, and you know them coming in. If you keep coming back every year, that means you're agreeing to the rules of your employment and compensation. When you disagree, it's time to consider leaving, because the way it works isn't changing anytime soon.
Last edited: Jul 15, 2013

While I, in no way, think Microsoft is either dead or dying. I do think that who ever is going to ultimately end up steering the boat should perhaps stop rearranging the deck chairs and pay more attention to the icebergs in the water.
Microsoft shares hit by biggest sell-off since 2009 | Reuters
An interesting quote

The poor results shocked Wall Street, which had believed the company's strength with business customers would help it ride out a downturn in consumer PC sales.
Click to expand...

Doesn't particularly shock me, as I've not heard any reports or any enterprise level businesses rushing to adopt either the Surface product or Windows 8 in general for that matter.
Although I will admit that their recent move to knock $150 bucks off the price and incorporating Outlook into the Office Suite that comes pre-installed on Surface RT (with the upgrade to Windows 8.1) are both good moves in the right direction and some good news for current Surface RT owners as well as potential buyers.

Microsoft won't 'die', it will lose profitability and market share to other competitors, which you could argue will create a more open and diverse market for consumers. Desktops will become a niche market, but will never become non-existent.

The way I see it, anything could happen. Technology in this day and age is at a big question mark. Nobody truly knows which way the future will go with computers... We've got quantum computers just barely surfacing. This could change everything if you think about it.

Back then though, the advancement in technology was not as fast as it is today either. I personally see it growing too fast for humans to even keep up with the trend as well, but my theory is that as soon as we hit the day of good reliable quantum computing, this curve will skyrocket at exponential rates. We use computers to aid us in research and computations for nearly everything now, so to have a computer capable of that kind of power... I just think we're in for a roller-coaster ride pretty soon.

Because that kind of "power" would almost be un-imaginable at this point in time for computing too... I think we're not prepared for what kinds of things could happen as soon as that goes mainstream. I'm most concerned about information security.

I can't see Microsoft just dying though. They're just starting to figure things out... Learning from mistakes, or just simple observation from what they have done so far, could put them on a good path. It's too unfair to say that they are on death road, just because in the last few months of 2013 they attempted to get into a new market and it hasn't gone perfect right away.

If we lived in a perfect world, perhaps I could see the point here. It's easy to point out the flaws in everything before getting to the good stuff. I personally see RT as lacking right now, but their Surface Pro for instance is a good device for businesses. Microsoft has the business world nailed down, without a doubt. Apple can't take that away from them, and there's always going to be other businesses out there, other than their own self.

If Microsoft plays their cards right, and attempts to expand, instead of entirely move over to the consumer world in the way Apple is usually viewed, I think Microsoft will be okay. I haven't seen Apple try very hard at expanding into the business world. They are purely just focused on the average (personal) consumer world.
Last edited: Jul 21, 2013
Share:
Facebook Twitter Reddit Pinterest Tumblr WhatsApp Email Share Link
Menu
Log in
Register
Top