I got bored and decided I needed to beat the hardest game I have ever played at level 1!

It took some time but I finally came out victorious: 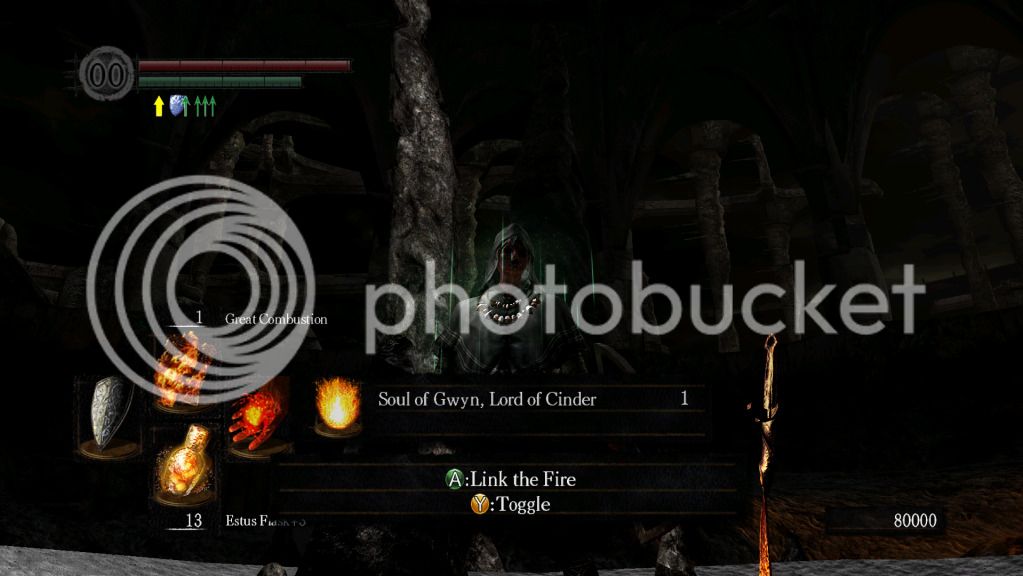 The hardest time I had with this play-through was the lack of equipment I could use...

This was my gear the majority of the time: 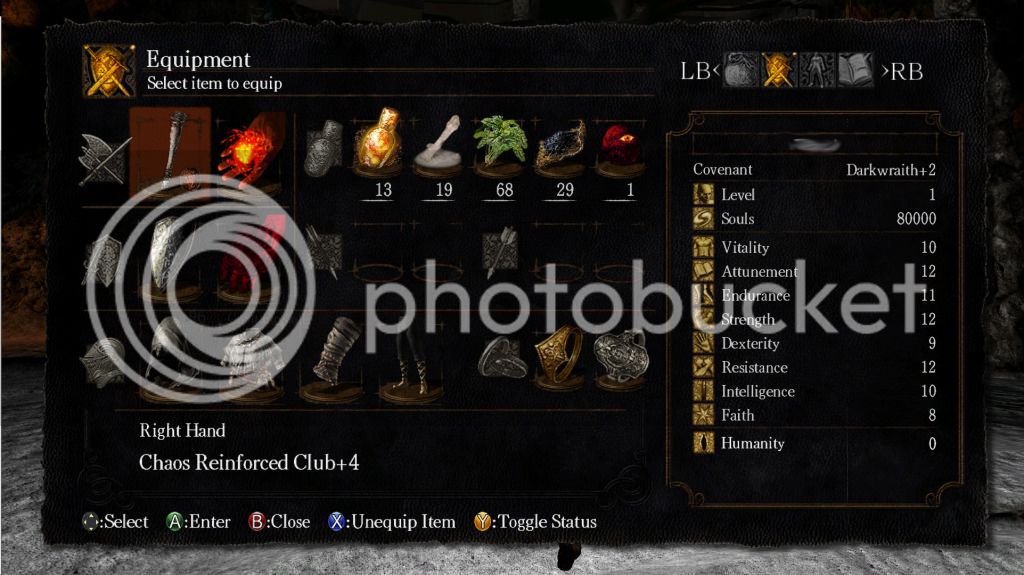 With my weapons occasionally swapped depending on what was needed and the weakness of my foes. 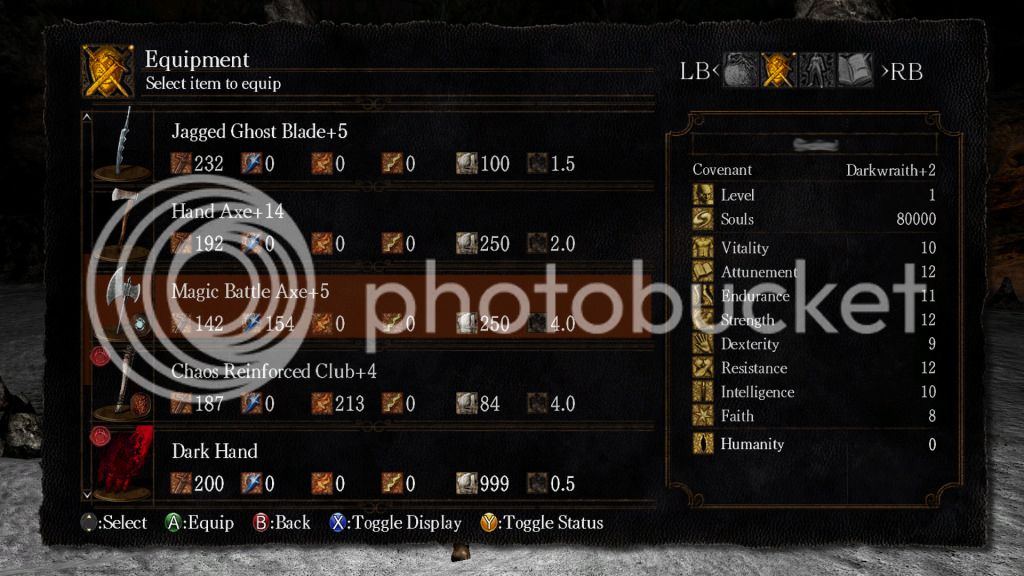 The weapon I used most frequently for larger enemies was the: Chaos Reinforce Club(+4)
Although I often used the Jagged Ghost Blade(+5) for smaller enemies and when quickly running through due to its ability to back stab and faster attack rate.

The rest of my equipment didn't really change...

It ended up giving a rather nice defense while keeping me under 25% carry capacity and it scaled nicely with humanity... 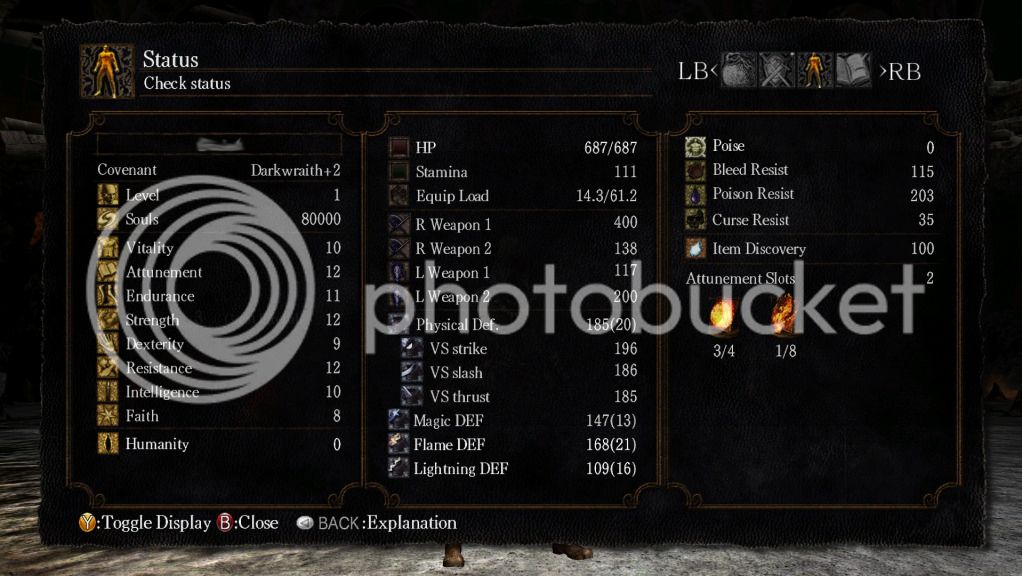 I have another week before borderlands 2 comes out and I need something to do... Anyone have any suggestions?

Anything more I can do with Dark Souls? (I have all Xbox achievements and even did this just because...)

I have another week before borderlands 2 comes out and I need something to do... Anyone have any suggestions?
Click to expand...

Black Mesa is out in about 3 hours if you were ever a fan of Half Life.

Played it and never really enjoyed it...

Once boarderlands is out on the 18th I should be good

Do a Fallout marathon!

I only really liked new vegas...