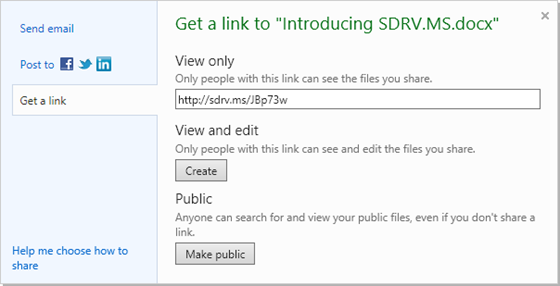 Microsoft’s SkyDrive has been getting a lot of attention recently, after revamping the service and pushing out new applications, the service is aiming to become your preferred cloud storage service. But just because they have pushed out some major changes recently, this doesn’t mean they are done with the product; far from it.


The SkyDrive team has linked up with bit.ly to offer new shortened URLs - a lot shorter, 40% shorter to be exact according to their post. The previous SkyDrive links were a bit of the fail-whale variety as some of them were too long to fit in to a single tweet, a bit of an issue when trying to share something on Twitter.
Click to expand...