Is Windows 7 now installed on the majority of PCs? 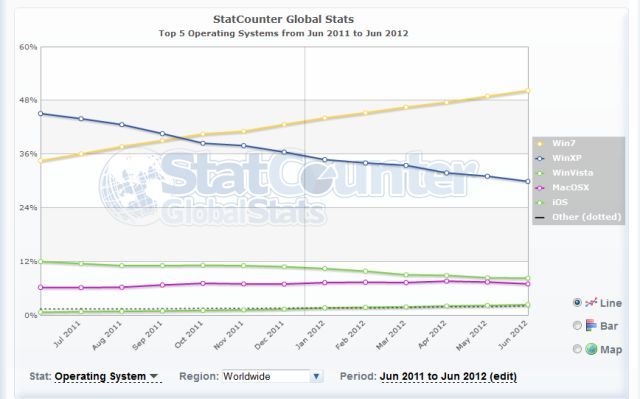 
Windows 7 was launched in October 2009, but since then Microsoft has had to deal with the fact that that a lot of PCs around the world still use the much older Windows XP OS. Today, StatCounter's website shows that, for the previous month of June 2012, Windows 7 is now finally installed on the majority of PCs worldwide, with 50.2 percent. Windows XP, launched nearly 11 years ago, is now inside 29.91 percent of PCs, according to StatCounter.
Click to expand...