Early on Halloween morning, members of Facebook's Computer Emergency Response Team received an urgent e-mail from an FBI special agent who regularly briefs them on security matters. The e-mail contained a Facebook link to a PHP script that appeared to give anyone who knew its location unfettered access to the site's front-end system. It also referenced a suspicious IP address that suggested criminal hackers in Beijing were involved.

"Sorry for the early e-mail but I am at the airport about to fly home," the e-mail started. It was 7:01am. "Based on what I know of the group it could be ugly. Not sure if you can see it anywhere or if it's even yours." 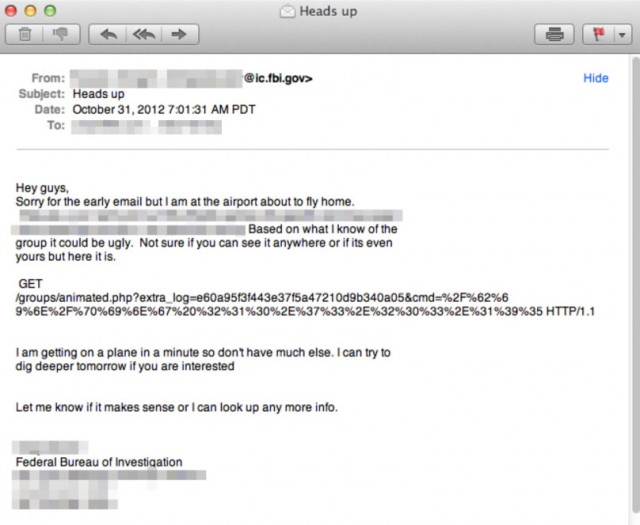 Facebook employees immediately dug into the mysterious code. What they found only heightened suspicions that something was terribly wrong. Facebook procedures require all code posted to the site to be handled by two members of its development team, and yet this script somehow evaded those measures. At 10:45am, the incident received a classification known as "unbreak now," the Facebook equivalent of the US military's emergency DEFCON 1 rating. At 11:04am, after identifying the account used to publish the code, the team learned the engineer the account belonged to knew nothing about the script. One minute later, they issued a takedown to remove the code from their servers.
Click to expand...